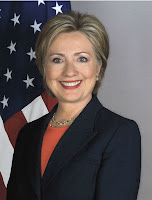 With the passing of National Defense Commission Chairman Kim Jong Il, the Democratic People’s Republic of Korea is now in a period of national mourning. We are deeply concerned with the well being of the North Korean people and our thoughts and prayers are with them during these difficult times. It is our hope that the new leadership of the DPRK will choose to guide their nation onto the path of peace by honoring North Korea’s commitments, improving relations with its neighbors, and respecting the rights of its people. The United States stands ready to help the North Korean people and urges the new leadership to work with the international community to usher in a new era of peace, prosperity and lasting security on the Korean Peninsula.

Virtual Reality Goes to War: A Brief Review of the Future of Military Behavioral Healthcare